You can add time estimates and budgets to your templates and have them added to any work items created off them.

Written by Andi Ancheta
Updated over a week ago

Time estimates and budgets can be added to a work template, using the same steps as if you were adding values to work items.

You will only be able to add estimated time to colleagues or job roles who have been assigned tasks in the template. 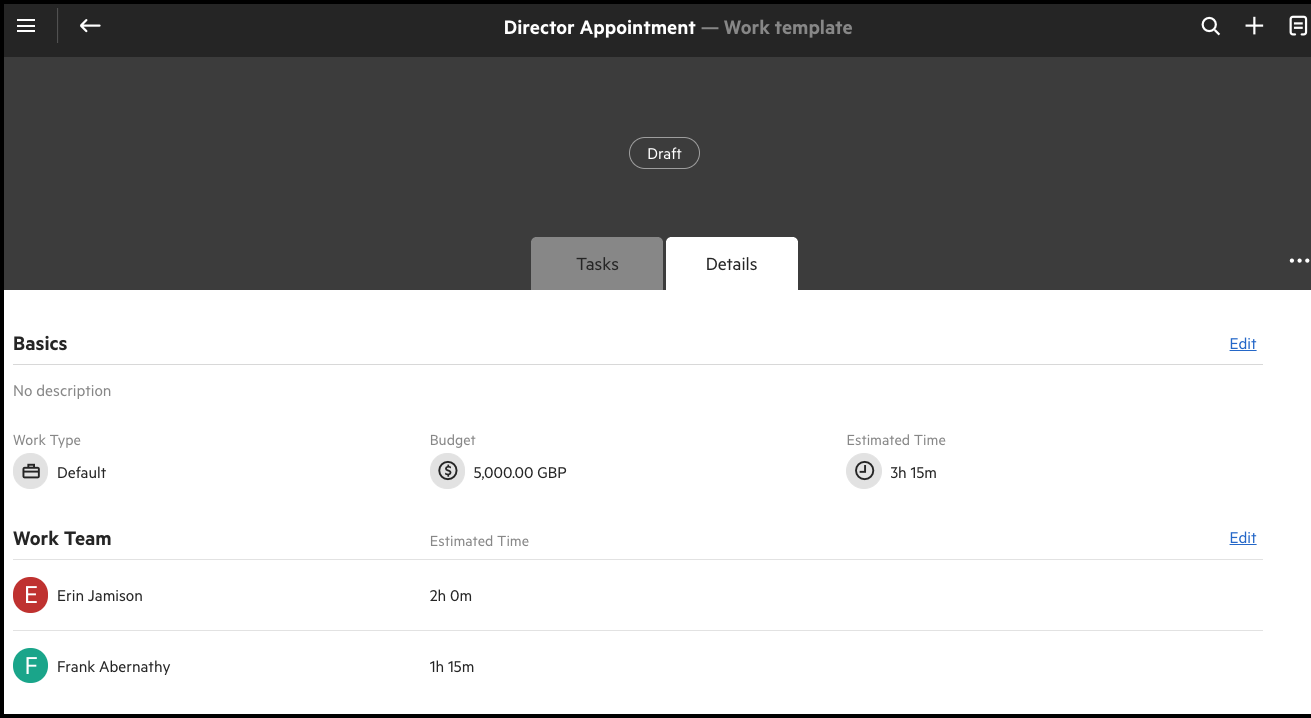 When a work item is created from the template, the time and budget estimates will also be added to the work item.

Creating work from a template with job role placeholders

If you decide not to assign the placeholder roles to a team member, the job role will be put on the work team, along with any time estimated for it.

Later, if you reassign just one of several of the placeholder's task to a team member, that team member will be added to the work team, but the placeholder will also remain on the team along with all of the time estimate for it.

Did this answer your question?